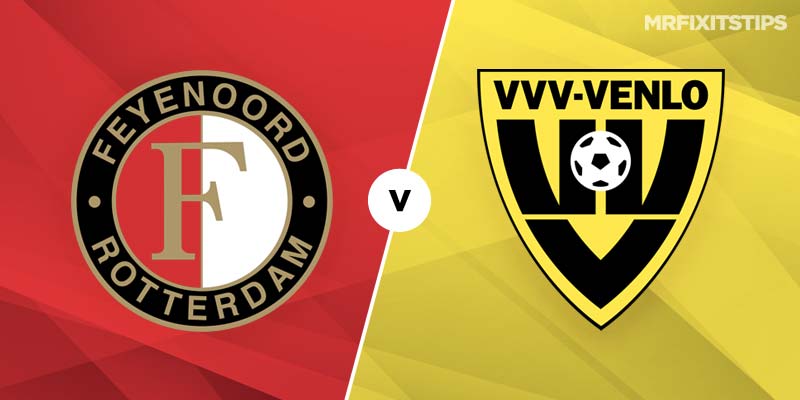 FEYENOORD became the first Eredivisie side to take points off PSV this season with a 2-1 weekend win and their home form takes some beating.

They've now won 15 of the last 16 in Rotterdam – including the current streak of 11 in a row – and can move within seven points of leaders PSV with victory over Venlo.

Danish striker Nicolai Jorgensen drops out with a groin injury that will sideline him until the new year but there's a timely return for top scorer Robin van Persie.

The former Man United striker has six goals in 10 appearances this season and has netted five in five at the De Kuip, only drawing a blank in the home success over Zwolle.

The ex-Holland hitman can mark his return in style and a van Persie goal and Feyenoord win is worth backing at 49-50 with 888Sport.

Giovanni van Bronckhort's team are unlikely to join top two PSV and Ajax in the title mix but look a cut above the rest of the division with their current six-point lead over four-placed Heracles a gap that could become a chasm.

They've been winning at half-time and full-time in their last three home victories and same again pays 7-10 at 888Sport.

Venlo are enjoying their second successive season in the top flight after a four-year absence and occupy the final Europa League play-off spot of seventh.

However, their away form has nosedived with just one point from the last four games, including shipping four goals at PSV and last week at Heracles.

Venlo will try to keep it tight as long as possible and in their last three defeats on the road they've been 1-0 down each time. A repeat is worth a go at 12-5 with 888Sport.

Venlo have netted in five of seven away days and they're 4-5 at 888Sport to score in Rotterdam while btts pays 23-25 and a home win with both sides on target is 7-4.