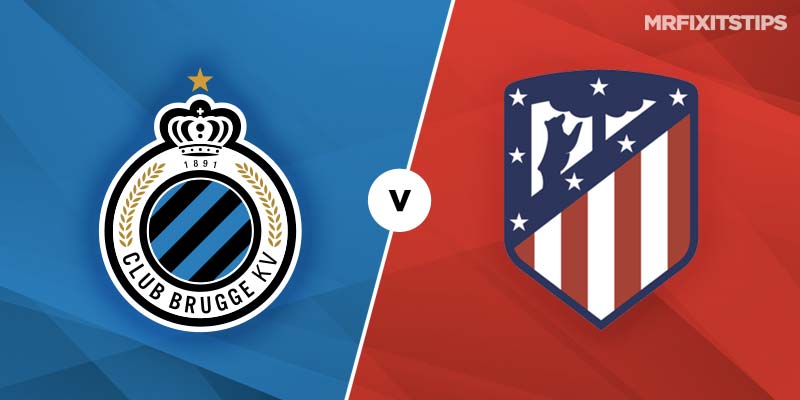 ATLETICO have top spot within their grasp thanks to Brugge doing them a big favour on matchday five by securing a shock 0-0 draw at Dortmund.

That was no mean feat considering Atletico were hammered 4-0 away to the Germans. Diego Simeone's side and Dortmund are already through to the last 16 but first place is up for grabs and the Spaniards can guarantee they take it with victory in Belgium.

It won't be a cakewalk against a Brugge side who look the weakest in the group before the games got under way but have already clinched Europa League football after Christmas with a creditable tally of five points from five games.

It took a late Christian Pulisic goal for Dortmund to scrape a 1-0 win in Brugge and the highlight of the Belgians' campaign came in France where they dished out a 4-0 drubbing to Thierry Henry's Monaco.

Barring their disaster in Dortmund it's been plain sailing for Atletico with four wins giving them a two-point cushion over the Germans heading into the final game.

Simeone's side are clicking into gear after a sluggish start to the season and they're in the thick of the La Liga title fight as well as eyeing another Champions League charge after making the final twice in the past five seasons.

Atletico have scored at least twice in all four wins and I like the 3-4 at 888Sport for them to net 2+ again. They broke the deadlock in three of the four wins and are worth backing at 4-5 to hit the front again and stay there.

Antoine Griezmann has scored four of the Spanish side's nine group goals, including a double against Brugge, and is evens at 888Sport to add to that haul and 3-1 to hit the opener.

Brugge have gone off the boil in Belgium with just one win in their last five league games but can play with freedom in this free hit at a Euro superpower and are 4-7 at 888Sport to score while btts is 17-20.