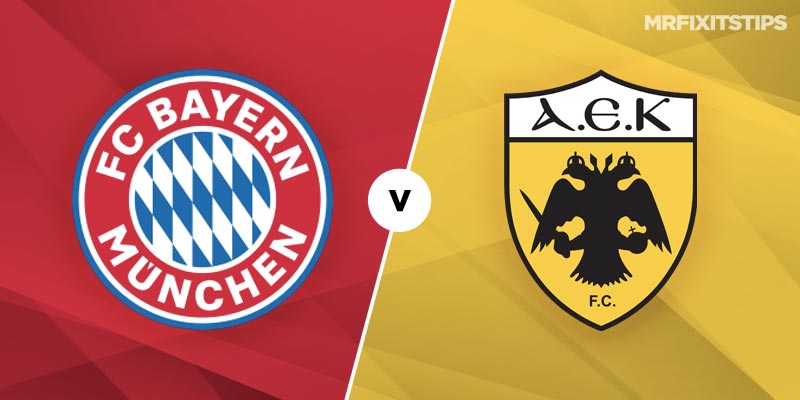 AFTER their worst start to a Bundesliga campaign in seven years Bayern are gradullay starting to string some results together. It's now four wins in five (W4 D1) in all competitions but normal service hasn't quite fully resumed.

They've kept just one clean sheet in those five and scored 10. Their routine 2-0 win in Athens kick-started the recent unbeaten run but they'll be looking to increase that margin at the Allianz Arena on Wednesday.

AEK are pointless in Group E and anything less than a win will eliminate them from this year's competition. A win for Bayern could be enough to see them qulaify for the last 16 with two games to spare but they'd also need Ajax to win at Benfica.

There's a huge gulf in resources, reputation and ability between the two sides so it's no surprise to see the German champions are the shortest priced team of the week in the Champions League at 1/12.

So where is the value in this one?

Well, it doesn't look easy to find. If Bayern get an early goal they could end up scoring any number. But it took Ajax (3-0) and Bayern (2-0) until the second half to break the deadlock. It was a different story for Benfica (3-2) who breached their defence after just 6 minutes.

AEK have kept four clean sheets in five, Bayern being the only team to score against them. The first goals to be scored after 21:00 is 5/6. Alternatively you can have 5/6 on there being two or more goals scored in the second half.

I think it could be a slow-burner for Bayern this one but they'll get there in the end and win it comfortably.