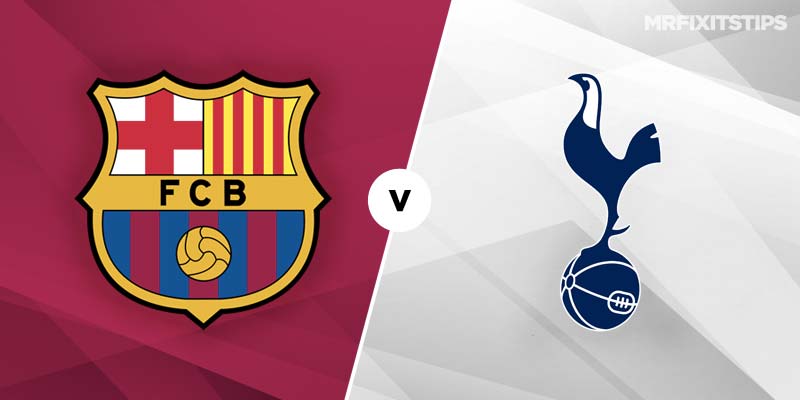 SPURS need a miracle and will be mightily relieved if they don't have to attempt it against Barca's footballing god.

With the Catalans having already won their group for a 12th straight season they will take the opportunity to rest players and Leo Messi could start from the bench while boss Ernesto Valverde has confirmed Luis Suarez will play no part.

That's a boost to Tottenham's hopes and they will hope Valverde takes the opportunity to ring the changes as the Londoners seek a place in the last 16 by matching Inter's result.

The Italians host already-eliminated PSV so it's highly likely Spurs need to win in the Nou Camp and that means breaking the longest unbeaten home run in the Champions League.

Barca are 28 games undefeated on their own patch in Europe's premier tournament – 26 wins and two draws – and the last side to leave with three points were Bayern Munich in 2013. The Spanish giants are rightly proud of that record and won't be giving it up lightly so wholesale changes looks like wishful thinking on Tottenham's part.

Spurs kept Harry Kane and Christian Eriksen in reserve at the weekend and will unleash the pair tonight where we may see fireworks after the break.

Mauricio Pochettino's men could play it tight in the first 45 but will have to go for the win as the clock ticks down and I like the 8-5 at 888Sport for both teams to score in the second half, especially if Messi starts on the bench.

Kane will spearhead the Spurs challenge and has four goals from five group games, including one in his side's 4-2 Wembley defeat to Barca in October. The England hitman has had at least two shots in target in his last four Euro outings and can continue that trend to land a nice 21-10 bet.

Tottenham may not get the result they need but can certainly cause the Spanish champs problems. Barca have shipped two or more goals in half their La Liga home games this season – to Huesca, Sevilla, Girona and Betis – and Spurs to score 2+ attracts at 13-10 with 888Sport.