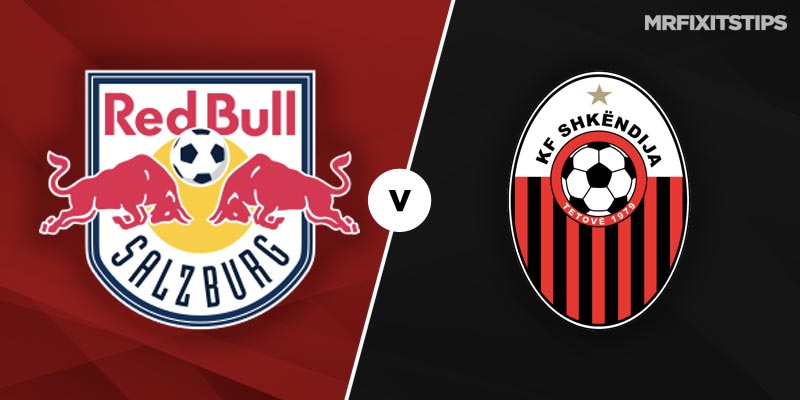 HE bookies are expecting a routine win for Salzburg and it's hard to disagree with them. The Austrians' home form is nothing short of impressive.

They have only failed to win 1 game on their own patch since January. That was a very creditable nil-nil draw with German giants Dortmund in the Europa League. Their performances in front of their own supporters were key in their fantastic run to the semi final of that competition. After defeating Dortmund on away goals in the round of 16 they thrashed Serie A big boys Lazio 4-1 at home in the quarters before eventually going out to Marseille, although they also won the home leg of that encounter.

Domestic dominance is somewhat of an understatement for Salzburg as they have won the Austrian top tier 5 years running. The last two seasons have seen them set record points tallies of 81 & 83. This campaign has started in similar fashion with 2 wins from 2 and notching 5 goals in the process.

Although it may be dangerous to discard Macedonian outfit Shkendija as they won their own domestic league at a canter there is a significant gulf in class between the two leagues. Couple that with the fact that Shkendija recently conceded 4 when they travelled to Welsh minnows TNS and we can see why the bookies make the Austrians heavy favourites.

Salzburg are a best priced 1-12 and bookies have set the handicap bar at -2 with that paying 10-11. Whilst they should cover that with relative ease perhaps a safer bet would be for the Austrians to score more than 2 goals at 8-13 as they do have a tendency to concede even when winning comfortably. Salzburg to win and both teams to score may then be worth a small punt at 9-4.

An interesting stat is that 6 out of Salzburg's last 8 home ties have had more goals in the 2nd half. A repeat of that trend pays evens.

If you're interested in the corner market then Salzburg's recent history suggests there could be plenty for the home side. In their last 8 home matches they have had 8, 8, 8, 11, 8, 8, 8 and 4 team corners. Team corner markets for this fixture won't be available until nearer kick off but the odds for a team to have more than 5 corners are usually fairly generous (for Celtic to have 5 or more tonight against Athens pays 8-1 with Betfair). Anything around the 4-1 mark or higher is certainly worth a small flutter.