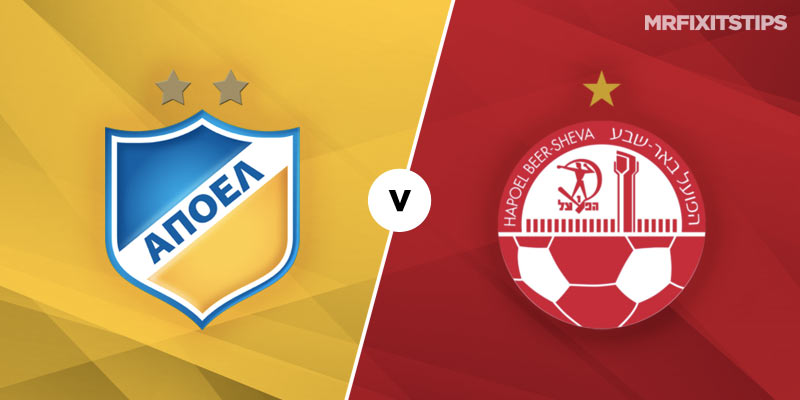 TWO very mediocre sides go head to head in their follow up to last week's 2-2 draw that was akin to watching a half-decent Sunday League match.

In the first leg APOEL managed to go 2-0 up after a scrappy 30 minutes against a clueless Beer Sheva but then the wheels simply fell off, discipline and focus vanished into the ether. In the home changing rooms an obvious rollicking took place at half-time and Sheva came out fighting, quickly bringing the scores level following an onslaught that caught APOEL totally off guard.

From there on in the rest of the game degenerated into an ill-tempered brawl that had the referee reaching for 10 yellow cards and sending off the goalscoring Dellatorre.

Unfortunately there doesn't appear to be a cards market up anywhere for this game yet or I would be lumping on. Instead I'm going with two straightforward wagers at good odds.

The fiery Cypriots have hosted some big names at their home stadium and the crowd factor definitely has an advantage here .

Hapoel have a terrible away record winning just one of their last nine road trips in the Europa League. Having said that they have hit the back of the net in more than 75 per cent of those away games.

Keep checking the bookies sites for a cards market to appear because this is where the value really lies.

But the two obvious match bets backed up by good statistics are.