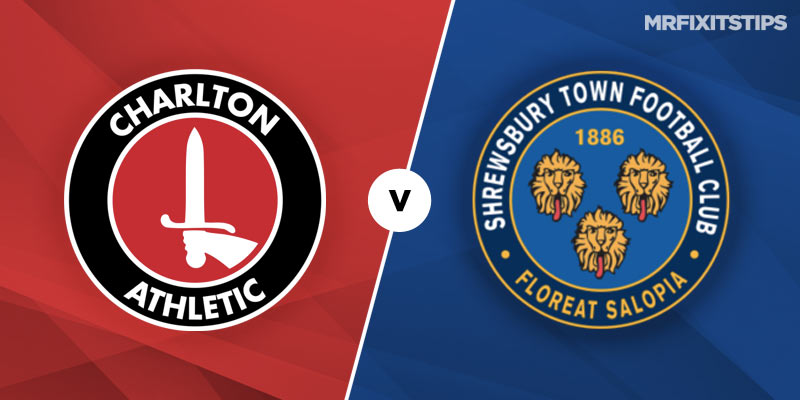 CHARLTON and Shrewsbury are no strangers to one another, having met 6 times in the past 2 seasons. The 16/17 season saw goal-fests in which the home teams prevailed, with scores of 3-0 Charlton and 4-3 Shrewsbury respectively.

Victories in the league were once again shared one apiece last season, however, both teams won away from home with a scoreline of 2-0 in both games.

It was their match-ups in the play-offs that set the two teams apart. Charlton could not handle the physicality of the Shrews and lost both home and away legs 1-0.

Wholesale changes have come at both clubs, with Charlton having sold or released 16 players. However, recruitment at The Valley has been almost non-existent as the takeover saga drags on. The additions of clinical striker Lyle Taylor and midfielder Darren Pratley will play a big part but the injury-stricken Addicks have a thin squad – shown by the fact they only fielded five substitutes of a possible seven, three of whom were 20 years old or younger.

The season-long injury picked up by Forster-Caskey just days before the start will be a huge loss to Charlton who may soon have more players injured than fit!

In the Shrews camp, similar changes were seen with over 14 departures. Recruitment, though, has been slightly more successful having picked up six free transfers and a couple of loan deals. The loss of Morris, Henderson and Ogogo are similar to the key ones Charlton faced. With more depth in their squad, though, things certainly look brighter than in Charlton.

Both teams started the season with defeats, though Charlton come out of a tough away tie at league favourites Sunderland having given a good show of themselves only to concede a 96th-minute goal. Shrewsbury, however, have less to be optimistic about as first games go, losing at home to a Bradford side that fell off rapidly last season.

With points to prove in both camps, I think goals is the way to go, as the WDW line may be too risky to call. Charlton’s squad is already light, and with doubts still surrounding the future of key CB Bauer as well as knocks picked up by left-back and right-back Page and Solly in the first game, Charlton look likely to concede.

Taylor scored from the spot on his league debut for the Addicks and will look to continue the form.

With the season still yet to fully unfold, small stakes are recommended.