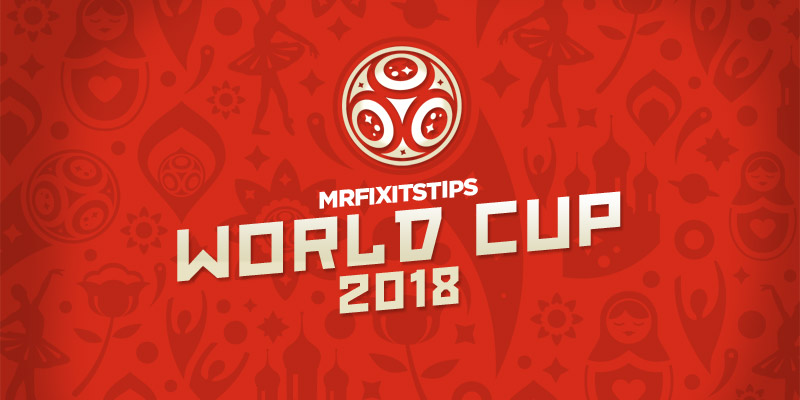 IT'S under a week to the World Cup kick-off and Russia 2018 promises thrills and spills in a tournament that looks wider open than usual.

Four years ago Brazil were battered 7-1 by Germany in the semi-finals – and now they're on course to meet in the Final.

Luiz Felipe Scolari was dumped after that humiliation on home soil and following a short spell for Dunga the Brazilians called up Tite to save the day.

The Samba stars were the first side to book their place in Russia and the manager has united players and much is expected of them now Neymar has been passed fit.

In the outright betting three of the top four are European but most of Brazil's top stars play here so should feel comfortable.

Their forward array of talent is exceptional and Germany can't match it but they're always there or thereabouts and Joachim Low will have them well primed to make another assault on the trophy.

Brazil are a best 9-2 at Paddy Power with Germany marginally bigger at 5-1 with McBookie.

For me the only other sides who can win it are France and Spain – I'm dismissing Argentina despite the presence of Lionel Messi and I don't think Belgium have a good enough manager in Roberto Martinez.

Spain are third favourites at 6-1 with 188BET followed by the French who are 13-2 with bet365. Going by the betting the semi-finals should be France v Brazil and Spain v Germany.

Bookies dismiss almost everyone else with Argentina 10-1 at Paddy Power, Belgium 11-1 with William Hill and England seventh favourites but as big as 20s at BlackType.

Neymar is 12-1 second favourite behind Lionel Messi (11-1, betfair) to win the Golden Boot and he's likely to play more matches.

Cristiano Ronaldo (16-1, Betway) will hope to have a say but Portugal will struggle to repeat their Euro 2016 heroics and may not even come through the groups.

If France go well Antoine Griezmann could be a contender but his price has crashed from 16-1 to a best 13-1 with Unibet while Germany's big goals hope is RB Leipzig flying machine Timo Werner at 20-1 with Unibet.

Griezmann will lead the line but has the likes of Kylian Mbappe, Thomas Lemar, Alexandre Lacazette, Kingsley Coman and Dmitri Payet for company. Such is his importance he is 2-1 with BetVictor to be the French side's top scorer compared to 7-1 for £160m Mbappe and Lacazette.

Both outright favourites have cushy groups with Brazil in with Switzerland, Serbia and Costa Rica while Germany have been drawn against Mexico, Sweden and South Korea. A double on them to top their tables pays 9-10 at SportPesa and a Brazil v Germany final is 14-1 favourite at 14-1 with Paddy Power.

Spain can't be ruled out and are unbeaten since exiting Euro 2016. New coach Julen Lopetegui has vibrancy in the shape of Isco, Vitolo, Koke and experience with the likes of Sergio Ramos, Andres Iniesta, Gerard Pique, Sergio Busquets and David Silva.

It's a good balance and their opener against Portugal could be the game of the group stage as long as they don't settle for a draw. A Spain-Brazil final is 18-1 at bet365.

Spain are hot favourites at 1-2 with bet365 to top Group D with the Portuguese 2-1 but Morocco, who didn't concede in qualifiers, could have a say.

So what about England? Gareth Southgate's men are 5-6 with bet365 to make the quarters which is probably where they'll crash out.

They qualified unbeaten from Scotland's group despite a scare at Hampden and Southgate's men are second favourites to win Group G at 6-5 with William Hill.

Belgium are 10-11 and it's likely to come down the meeting of the big two as Tunisia and Panama fight it for the lower places.

England are still haunted by their Euro 2016 exit and the team lacks flair but have one big weapon in Harry Kane.

He's enjoyed a spectacular season at Spurs and is massive favourite at 11-10 with Betfred to be his country's leading marksmen.