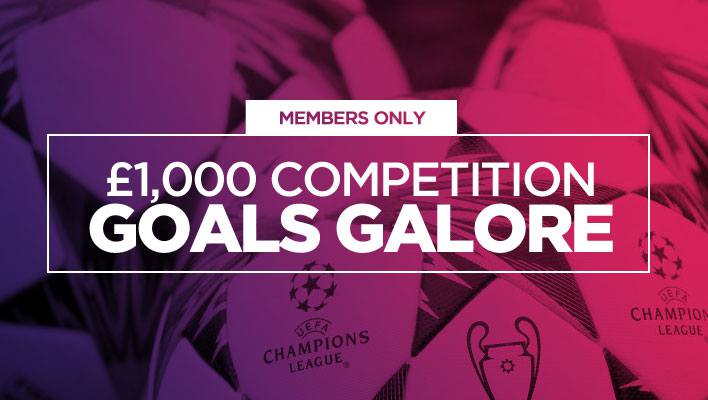 TONIGHT sees the return of the UEFA Champions League and that should mean goals galore for us punters. For VIP Members it could mean one of you will pocket a GRAND if the goals fly in.

Last season's Group Stages saw 65% of matches go over 2.5 goals and on Matchday One that figure was even higher at a massive 81%. In fact on the first night of Matchday One, all but one of the eight fixtures featured three or more goals.

Tonight I'm hoping to go one better and if ALL EIGHT Champions League matches see over 2.5 Goals I'll give one lucky VIP Member a cool £1,000 in my prize giveaway.

If you're already a VIP Member you won't have to do anything to enter as everyone will be included in the draw should it happen.

However you can give yourself an extra entry in to the draw by simply saying “I'm in” in the comments section below.

If you're not already a VIP Member then you can join us for less than 10p per day and be part of competitions liek this as well as benefit from loads more features. Click here to find out how to join.

So get involved, let me know you're in and pray for goals!!!