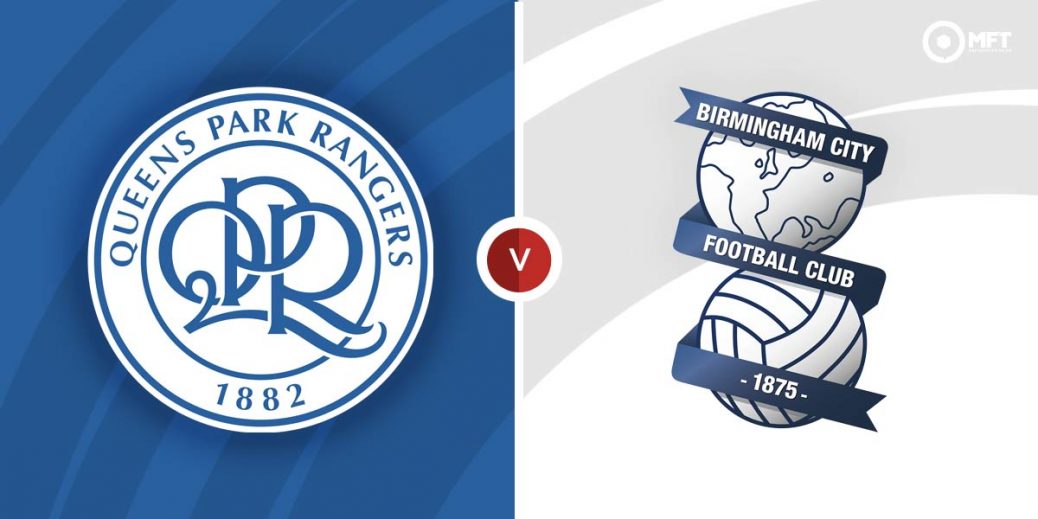 QPR and Birmingham City square off in an English Championship fixture at the Kiyan Prince Foundation Stadium with both clubs looking to snap out of a slump. Both sides appear evenly matched at the moment and look set to cancel each other out.

QPR suffered a 2-1 defeat at West Bromwich Albion in their previous Championship fixture. They took an early lead through Andre Gray but failed to hold on for the win and were breached twice after the break.

Things appear to be going bad for QPR in recent times as they struggle to recapture their solid early season form. They are now winless in their last four Championship matches and have slipped into the bottom half of the table.

QPR's recent struggles could be attributed to an inability to keep things tight at the back. Mark Warburton's men are without a clean sheet in their last four Championship matches, conceding nine goals in that run.

Birmingham City were held to a 0-0 draw by Preston North End last time out in the Championship. The looked lively and threatening but failed to convert any of their numerous chances created with Troy Deeney striking the woodwork with a first half effort.

It has not been the smoothest start to the campaign for Birmingham City, who have claimed just three wins from nine matches. Lee Bowyer's men are winless in their last three matches and are also sitting in the bottom half of the table.

Birmingham City have also had similar defensive problems as QPR and have conceded seven goals in their last three matches.

QPR have the upper hand among the bookies and are priced at 21/17 with SBK to secure the win. A victory for Birmingham City is priced at 14/5 with bet365 while a draw is set at odds 40/17 by SBK.

Birmingham City have an 18-12 advantage with 14 draws from 44 previous matches against QPR. The Blues claimed a 2-1 victory in the most recent meeting while there have been two draws in the last three matches between both teams.

Lyndon Dykes and Andre Gray often feature in attack for QPR and both men have combined for five goals this season. Unibet has Gray at 41/20 to score anytime while bet365 is offering 7/4 on Dykes in the same market.

Scott Hogan has scored three goals this season and will be the one to watch for Birmingham City. The striker is priced at 5/2 by Unibet to find the net on Tuesday.

QPR and Birmingham City have struggled defensively in recent weeks and both teams are expected to score at 20/23 with MansionBet. Over 2.5 goals can also be considered at 42/41 with SBK.

QPR took the lead in their previous Championship fixture and could be backed to score first at 3/4 with William Hill.

This English Championship match between QPR and Birmingham City will be played on Sep 28, 2021 and kick off at 19:45. Check below for our tipsters best QPR vs Birmingham City prediction. You may also visit our dedicated betting previews section for the most up to date previews.