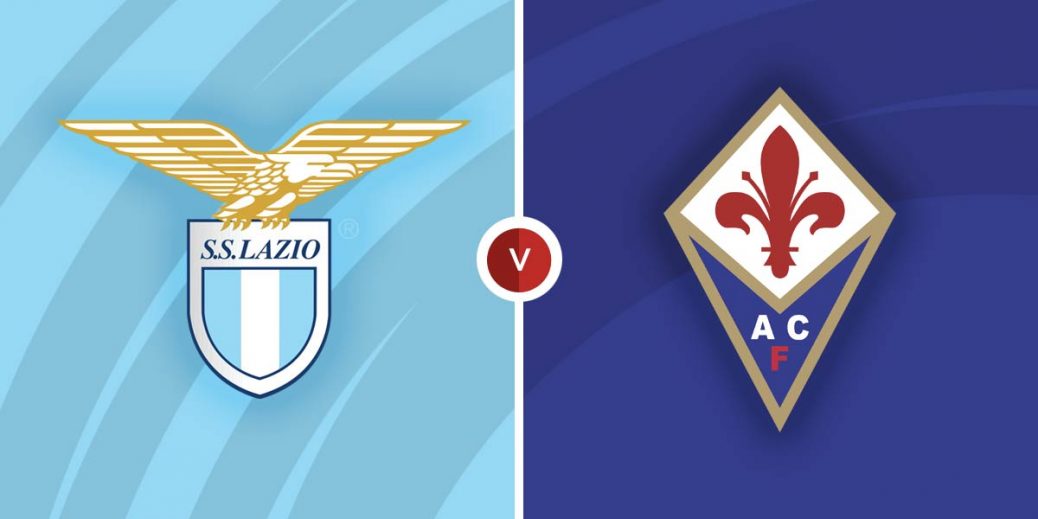 Following a disappointing defeat to Verona, Lazio will be keen to make a quick return to winning ways as they host Fiorentina in a midweek Italian Serie A fixture at the Stadio Olimpico. The visitors are no pushovers and should provide a stern test but Lazio often do their best work at home and will be confident of coming out on top.

Lazio’s inconsistency this season was highlighted last time out in Serie A as they were beaten 4-1 by Verona. They looked a shadow of the team that claimed a 3-1 victory over champions Inter Milan and struggled to find their rhythm.

Despite all their problems, the Stadio Olimpico has been a fortress for Lazio this season as they are yet to taste defeat on home soil. Maurizio Sarri’s men have won three of their four home matches this term, including a 6-1 victory over Spezia while they also saw off bitter rivals Roma 3-2 prior to the win over Inter Milan.

As always, Lazio will be boosted by top scorer Ciro Immobile, who was on target against Verona on his return from injury. Their major problem this season has been a leaky defence which has conceded eight goals in the last three Serie A matches.

Fiorentina were victorious in their previous Serie A fixture as they triumphed 3-0 over Cagliari. They took a two-goal lead into the break thanks to efforts from Cristiano Biraghi and Nicolas Gonzalez while Dusan Vlahovic added the third in the second half.

La Viola have been just as erratic as Lazio and sit just one point above their hosts on the table. The victory over Cagliari ended a run of two straight defeats for Vincenzo Italiano's men, who were also beaten 1-0 by struggling Venezia in their previous away fixture.

Led by the impressive Dusan Vlahovic, Fiorentina have shown plenty of attacking verve this season. However, they remain unconvincing at the back and have kept just one clean sheet in their last three Serie A matches.

Lazio have the upper hand among the bookies with a home win priced at evens with SBK. A victory for Fiorentina is valued at 3/1 with betway while a draw is set at odds of 27/10 with William Hill.

Lazio have a 31-13 advantage with 10 draws from 54 previous matches against Fiorentina. La Viola claimed a 2-0 victory in the most recent meeting back in May but Lazio had won the last three fixtures including a pair of 2-1 victories at the Stadio Olimpico.

Ciro Immobile is the top scorer for Lazio with eight goals and has only failed to score in one Serie A fixture this season. The striker has scored five goals in his last five matches against Fiorentina and is priced at 19/20 by Sport Nation to find the net.

Dusan Vlahovic will be the one to watch for Fiorentina as he looks to add to his five Serie A goals this season. The Serbian striker netted a brace in his last appearance against Lazio and is valued at 11/5 by Betfred to score anytime.

Given the defensive problems of Lazio and Fiorentina, goals can be expected here. Over 2.5 goals is priced at 8/11 by SBK while betfair is offering odds of 15/8 for over 3.5 goals.

Lazio could be tipped to earn a win and over 2.5 goals at 15/8 with Skybet while they are also likely to score in both halves at 7/4 with Unibet.

This Serie A match between Lazio and Fiorentina will be played on Oct 27, 2021 and kick off at 19:45. Check below for our tipsters best Lazio vs Fiorentina prediction. You may also visit our dedicated betting previews section for the most up to date previews.