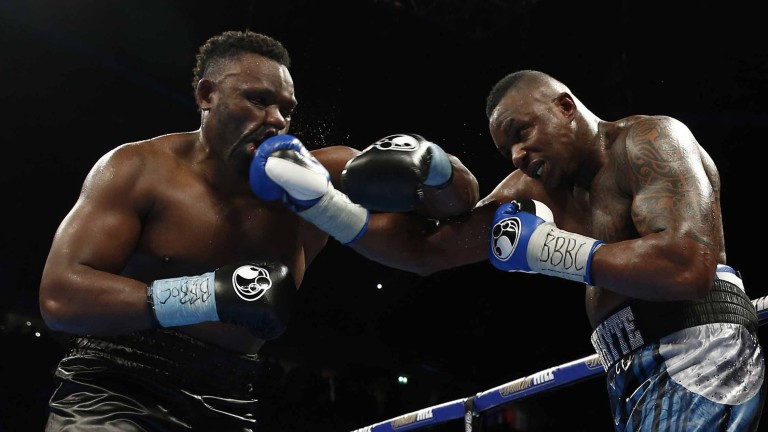 IT'S a double header of PPV boxing tonight as BT and Sky go head to head. Both main events are sure to provide action-packed entertainment.

Dillian Whyte and Dereck Chisora renew old rivalries two years after they first met in a classic heavyweight showstopper. Whyte took that one on a split decision and has looked good since with four victories, most notably last time out against Joseph Parker by unanimous decision.

Chisora, four years Whyte’s senior, has been less convincing in winning three of his four bouts since December 2016, although like Whyte, his most notable victory in that time was his last one, stopping the durable Carlos Takam with two huge right hands in the 8th round. Chisora can still bang, and tonight will surely see both men giving it everything.

I expect this to be a frenetic encounter at times, and for both men to have success in the fight. Both showed great chins and heart last time out. Whyte is the classier operator and I expect him to win the majority of the early and middle rounds, although as he showed against Chisora and Parker, he can be vulnerable later in the fight, particularly with his preference to stand and trade, rather than protect an advantage.

It should make for an entertaining affair as Chisora will bring everything he’s got. I expect this fight to go the distance and Whyte to do enough in the early and middle rounds to take the decision again, although this time I think he’ll do so unanimously.

Another potential fight of the year could be taking place in Manchester as IBF Featherweight champion Josh Warrington defends his title against Carl Frampton. Warrington announced himself at world level with an all-action performance to take the title from Lee Selby at Elland Road in May.

Not many expected that level of performance from Warrington, although two cuts to Selby caused by head clashes and a raucous home crowd worked in Warrington’s favour that night.

Frampton has not reached the heights he had previously since losing to Leo Santa Cruz in January of last year, although he has still recorded three victories in the intervening period. Frampton knows his career at world level is reaching a crossroads, although at 31, he should still have the speed and stamina to deal with what is sure to be a high-tempo attack from Warrington.

Frampton has shown his ability to fight an effective defensive fight in the past, and I think his elite level experience and skillset should see him have enough to take the points decision in what should be a close fight.