THE O2 in London is host to another big night of British boxing as David Haye and Tony Bellew step into the ring again for a grudge rematch 14 months in the making, with Haye looking to avenge his chaotic knock out defeat to Bellew last year.

Haye hasn’t shown any signs in his comeback that he is the same dynamic boxer that scaled the peak of the heavyweight division almost ten years ago. Indeed injuries have been a major concern for Haye in recent times; a ruptured achilles causing him to contest half of the first fight virtually on one leg and an arm injury forcing the rematch to be delayed.

However it seems like Haye has had a good training camp, coming in almost a stone lighter than he did for the first fight, which may signal an acceptance that, as in the first fight, he is unlikely to blow Bellew away early and may be in for a long night.

Bellew is three pounds lighter than in the first fight and has been making all the right noises about his camp and how it has set him up to inflict a second defeat on the Hayemaker. Bellew took until the 11th round to get Haye out of the first fight and that looked as much to do with Haye’s injury as anything else, so I don’t see Bellew knocking Haye out this time round.

Bellew has indicated that he will be targeting the body of Haye and has said his superior stamina will tell in the end, so he also seems to have a long fight in his mind. It’s hard to see what happens next for the loser of this one, particularly for Haye, whose career would surely be over. So whilst there are no titles on the line, it is certainly a fight with high stakes for both.

Haye was ahead on the cards last time out before his Achilles gave way in the 6th round. If he is fit and near his previous best he should have too much for Bellew. However, it is anyone’s guess whether his body can stand up to the rigours of an intense fight such as this one, but if it can I fancy him to prevail.

I think the fight could well go all the way to points, with Haye establishing a lead in the early stages and a combination of running out of steam towards the end and not wanting to take too many chances, seeing him get over the line, although Betfair boosting Haye in rounds 7-12 from 10/3 to 9/2 should appeal to those fancying the Haye stoppage. Given the concerns over Haye’s injuries and not fancying Bellew to land the knock out, I think the value in this fight lies in the overs rounds markets.

The undercard has some interesting bouts to keep us entertained before the main event.

Joe Joyce will be looking to get his first professional title as he squares off against Lenroy Thomas, for the Jamaican’s Commonwealth title. It’s hard to know what to make of Joyce, who at 33 is being fast tracked to world level and has three knock out wins to his name in his professional career to date, the first in the 8th round and the latter two coming in the first.

This is a step up in class for him and the bookies fancy an early KO, however Thomas shouldn’t roll over and again I think the value lies in the overs rounds market and over 8.5 rounds at 2/1 with Sporting Bet appeals.

Martin Ward will be looking to retain his European super-featherweight title and continue a rise towards possible world level against James Tennyson. This should be a keenly contested fight, and I fancy Ward to have too much class for Tennyson over 12 rounds. Ward to win on points is 11/8 with Sporting Bet.

The only world title fight on the card sees Paul Butler looking to regain the IBF Bantamweight title that he won and promptly vacated in 2014 to move back down in weight. However he will have his work cut out for him against the dangerous Puerto Rican Emmanuel Rodriguez. I fancy Rodriguez to continue his unbeaten record with another stoppage. Rodriguez to win by KO/TKO/DQ is 6/4 with William Hill. Those looking for longer odds can get Rodriguez in rounds 7-12 at 3/1 also with William Hill.

Good luck all, let’s hope it’s an entertaining and profitable night of boxing! 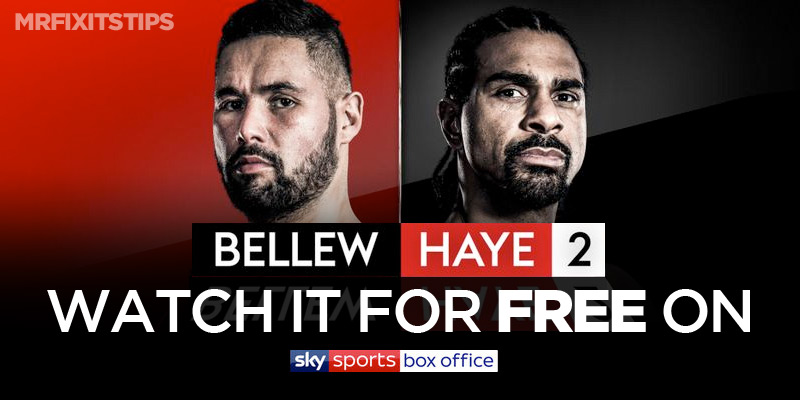 Don't miss the chance to watch the big fight live on Sky Sports Box Office with my exclusive offer in partnership with Ladbrokes. Click the button below to find out more.